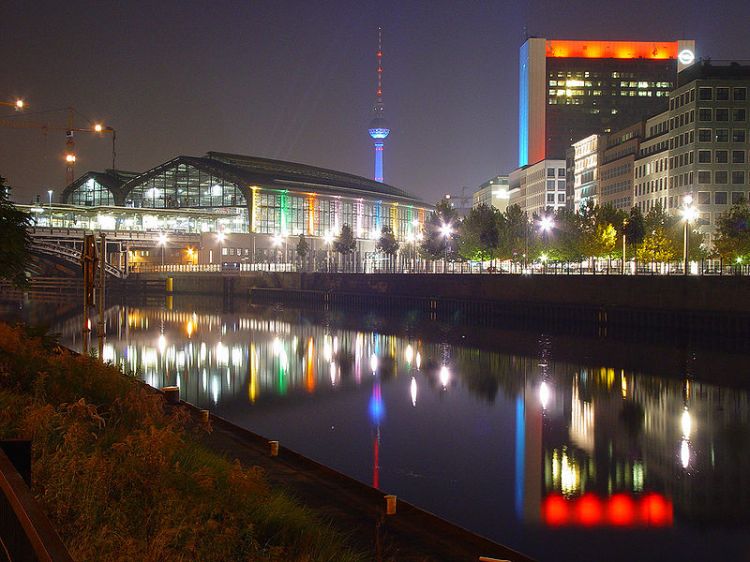 The Berlin S-Bahn is a rapid transit railway system in and around Berlin, the capital city of Germany. It has been operated under this name since December 1930, having been previously called the special tariff area Berliner Stadt-, Ring- und Vorortbahnen (Berlin cross-city, circular, and suburban railways).

While in the first decades of this tariff zone the trains were steam-drawn, and while even after the electrification of large parts of the network a number of lines remained under steam, today the term S-Bahn is used in Berlin only for those lines and trains with third-rail electrical power transmission and the special Berlin S-Bahn loading gauge. The third unique technical feature, of the Berlin S-Bahn, the automated mechanical train control is being phased out and replaced by a communications-based train control system, but which again is specific to the Berlin S-Bahn.

In other parts of Germany and other German-speaking countries, the brand name S-Bahn is used without those Berlin specific features. The Hamburg S-Bahn is the only other system using third-rail electrification.

Today, the Berlin S-Bahn is no longer defined as this special tariff area of the national railway company, but is instead just one specific means of transportation, defined by its special technical characteristics, in an area-wide tariff administered by a public transport authority. The Berlin S-Bahn is now an integral part of the Verkehrsverbund Berlin-Brandenburg, the unique tariff zone for all kinds of public transit in and around Berlin and the federal state (Bundesland) of Brandenburg.